Design a site like this with WordPress.com
Get started
Skip to content
Molly Zenk Uncategorized August 5, 2016 1 Minute

It’s been awhile.  I needed to take a break from blogging and reviewing (thanks summer), but I’m back with a short review for an amazon short reads. 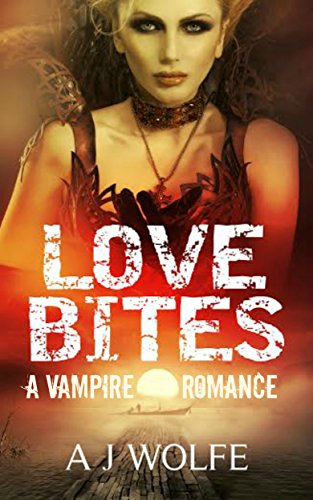 LOVE BITES, book 1 in an intended short reads series, is a fun, fast paced, light paranormal romance. It’s appropriate for teens +. I liked that it wasn’t just the same old same old tired vampire tropes. There were new ideas like some (but not all) vampires were able to have children and go out into the sunlight. That could lead to some really interesting twists in later stories in the series.

For the plot itself, Brooke is desperate to find her sister Clara. They don’t have the best relationship, but that doesn’t mean she doesn’t love and worry about her. When she finds a mysterious letter addressed to Clara from the house of Sanguin with the word “vampire” on it, she decides to take her sister’s place at the scheduled appointment. George’s job is to turn humans into vampires. He turns Brooke thinking she’s Clara…and gets in trouble for doing it. The also fall into (slightly) insta-love. It’s a romance trope so I can deal with that. Especially since there’s some insecurities, doubts, and secrets that jump up later. Brooke settles into her life at House of Sanguin but George must deal with the consequences of accidentally turning someone into a vampire. Clara’s return complicates matters even further.

I liked that sisterly love is just as important as romantic love in LOVE BITES. Even if Brooke and Clara have had their differences in the past, they still love and care for each other. I’m interested to see what else is in store for the House of Sanguin in the rest of the short reads series.

I write YA romance, historical, and paranormal fiction. I live in Colorado and love Disney, musicals, and relaxing with tv and movies. View all posts by Molly Zenk